Elloa: Greetings Steve
You are the one, the unique Steve, a name that everyone on Samael know. How do you explain than a normal player can rise to fame like you?

Steve: Well I did not expect that at all. All I wanted was to play a game in my spare time, and since a friend of mine showed me Tera back in February, I thought I might try it out. And when it happend to me, I just played along. I don't want to take this game to serious, it's just a game, and when they fooled around with me I thought I might as well fool around with them. They where so cool to play along as well the Elin Dance Squad. One of them gave me a town portal by accident, and I just used it to see where they all went and that'a how I got to their hometown in the north.

Steve: This is my first and only char, but since I have seen my friend play some Tera Beta, I knew about the different races and how the combat worked and that there is a political system, don't know how it works though.

Elloa: What was your thoughts about this at that time?

Steve: "WTF!!!" was my first words I believe, but I just thought it was awesome. I have never tried anything like it before, and it made me feel special. I originally looked at "Steve" as a trial char, to see if I liked the Archer or not.. But after that welcome how can I ever delete that char.

Elloa: Steve is now one of the most emblematic icon of Samael, what will you do about this ? Any plan to use your name to improve your gaming experience ?

Steve : Haha! I will try to keep it that way. I have some plans about a guild I would like to make, can't tell you about it though. It's gonna be epic, and well fitting to Steve. But yeah Steve is not gonna fade away and I hope soon to have the time to be more ingame and on the forums. There are of course some haters... But seriously, there always are, so they don't bother me. And I'm getting so much love, especially from EDS. Minx (from EDS) made me a set of armor and a bow and Nasdur (also from EDS) made the bow +9


Elloa: How are you enjoying the game today?

Steve: I really like it. I'm solo fighting some BAMs at the moment, so that's really fun. But can't wait to hit end game content and do some PVP. And then there is the graphics in this game... It just looks so good.


Elloa: How do you like the Samael server. Do you want to try out another server and see how things are going there?

Steve: Hmm. I never had that tought.. And if I am It's not gonna be any time soon. I really like it here on Samael, even though I don't know much about what's going on. I can always find someone to speak to.

Elloa: Why did you choose a Barakha Archer? Have you tried another class, and another race that you enjoy more?

Steve: Haha! I don't know if I should tell you the origin of the Almighty Steve. All I can say is that it really fit him, and there can be only one Steve. And no, I have not tried any other class out yet... Though I'm considering making a lancer or sorcerer.. They look cool as well.

Elloa : Now, tell me a secret…Why Steve? Why this name?

Steve: Damn.. am I really to reveal the secret to the origin of Steve..? Hmmm.. NO!! All I can say is. that I was listening to "Flight of the Conchords: The Hiphopopotamus vs. Rhymenocer"... And that song coment on Steve. And I just thought it would be Epic to be called that.. though I don't think I can explain how suprised I was when I found out no one had that name and when I found out I simply just had to try it out.
So put very simple... It is Steve because it is Steve, and it could be no other way.


Elloa : One day, will we see Steve Vanarch ?

Steve: Yeah sure. Don't have the time right now though, but as I said earlier... Steve already got some plans.
But first I'm gonna save the world. All the current Vanarch seem to focus on PVP and taxes... But what about the world we are all living in? What if this nightmare gets the upper hand...? What if Shara and Arun are to wake up..? What will there be left to rule? This threat can't be repelled by books...We need a united force..!! And I seek to find that.
_________________ 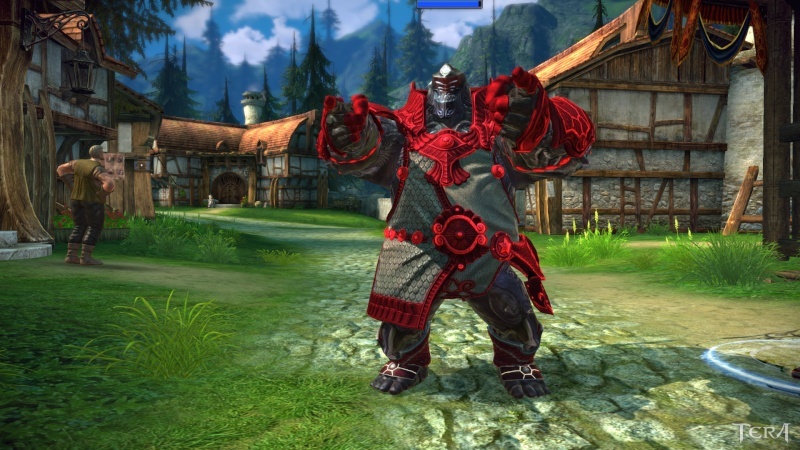 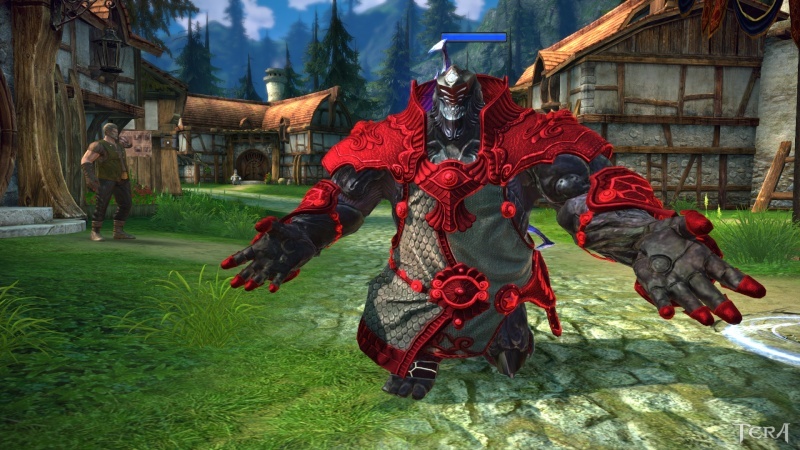 The second election of Samael has been surprising! Vanarchship were assured for all participating guilds on both Sharan continents, with five guilds for north Shara and only four for the South, while a dozen guilds competed for the five Arun areas.


The only competition left for the Sharan guilds was who could obtain the best zones. Several new guilds became Vanarch this time without any worries, nor the need of any sort of campaign. Essenia ended up without any ruler.

Slot, leader of <Force> is slightly disapointed by the election: "4 guilds for 5 places, that's not a victory. Many people leave Tera...it's not good."

This could result in an economic blowback. Indeed, why make any promises or effort when there's no rivals anyway? The situation not as bad as it could've been, however some areas offer very expensive services, such as <Force> taxing 15% for the Val Parada teleporter, or <Darkness> opening most of their shops with 10% taxes. Most other areas vary around 5%. Only <Tangra> and <Whitestar> kept the taxes of all services to the minimum.


The real deal happened in Arun. Surprisingly, <Elin Dance Squad> preferred Osgarath over a high level area like in the previous election. Being the favourite, their presence in the competition ruined the chances of less known guilds trying their luck in the election for the first time, such as <Lunatic>, <Exodus> and <Fairy Tails>.
<Big Eyes, Small Mouth> allied with <Vikings of Midgard> and <Divine> struggled to gain back their place in the top. They finally beat <Fairy Tails>, and managed to keep their vanarchy of Isle of Dawn.
The alliance made between <White Lotus>, <Fearless> and <Exodus> didn’t bring the Arun competitor enough votes.
<Insane>, while being disliked by many players for having too high taxes and too many outlaws, kept a honorable second place after EDS. It’s probable that most of the <Insane> votes came from <Malectum>, one of the biggest guilds on Samael.

All previous Arun Vanarchs stayed in office, with few changes in the area distribution.


Freaky, leader of <White Lotus> comments: "Me and my guildmates wanted to win in the first election. Sadly, people backstabbed and scammed each other and we didn't have enough experience to know about the guilds. In the end, we became 8/17, wich is pretty neat for a new guild (compared to others).
Now - we had a trusted Alliance. One of them, <Exodus> which sadly is a very good/nice guild, got to 7th place only. And of course we had only 5 guilds including us fighting for the place. So we couldn't lose. We eventually got 3rd place wich I'm very proud of. We do support people with BAM's/Merchants 24/7 /Motivation Zone messages/ Low taxes like we promised."

Being Vanarch is a difficult job with minor rewards for the elected guild. Fame and a nice horse isn’t always worth the time consumed to grind policy points. The taxes when left low aren’t even enough to cover the initial expense of the Vanarchship inscription fee. To become Vanarch isn’t offering you access to exclusive content, as suggested many interviews and trailers. The quests are mostly World Bosses in open world accessible to everyone. All of this may explain the lack of interest for this thankless position. This issue should be adressed to Tera developers and different solutions should be proposed to make the Vanarch job more appealling.
_________________

Samael News apologies for the last week edition that has never been edited. Indeed, we are a small crew and when real life strike on all of us in the same time, it's difficult to keep our promises.
We hope that this edition, more complete, and featuring new sections for the very first time will compensate this missing edition.
We are very happy and proud to present you the first interactive story, writen by Konachibi from <Elin Dance Squad>.
As a reminder, we are still looking to collaborate with writters and reporters. If you are interested to participate in the Samael News project, do not hesitae and contact either Elloa, Karneelya, Rhashazi in game, or sent a mail to samaelnews@gmail.com