Screenshot and a update

Screenshot and a update

Thought I'd do a little post about the game and the guild in general, as well as some ideas for events in the coming months.

We have finally started rebuilding our little community a bit I would say, and the member list is growing for our guild.
It's really nice to see everyone having fun again, even though we're missing some people still.
Even Wendy wants to join us now! Sadly, the universe doesn't want her too.. ;(
We have gotten two of Lodens - Brodens.. And Yima's brother as well, which is a nice addition to our guild.

The guild has gotten a lot of points in the past week and we're starting to get the most vital upgrades.
The bank is ready to be used, so feel free to throw in stuff or money - or even take some stuff (I gotz food for 'ya!).
We made a new rank called "Veteran" , which is basically all our Core members, like , Amuatama, Loden, Paul, Peter, Nolt, etc etc etc.
All who are ranked as such can invite people to the guild, play with the bank etc.
Other members will be "members" and can't withdraw stuff from the bank, as of now.
Me and Tsuk will be co-leading the guild for now, but since there aren't that many members and we are still just enjoying the game at a lower level then before, we don't really
see the need for officers, or us doing anything special.
Chakra is already updating the forum with all the news etc he can find, so he got that covered !

I don't want to discuss the future in GW2 just yet, cause I want us to take a more of a casual approach and see where it all leads us.
We always welcome new additions to the guild, but as of now, just family and friends - I would say.

By Sunday afternoon we will have the new emblem on our armors and in that regard, we should do a new screenshot with every member.
I don't know when everyone has time, but if you could log on GW2 around 15.00 CET on Sunday, we could try doing a screenie.
Based on the feedback from you we can decide if we should move it to another day.

Further on I want us to try and gather up some more, maybe do some PvP (World vs World) and maybe some gathering runs with those awesome guild banners.
This way we can try and gear up each other when we reach the higher levels.

As another little commercial for myself, this weekend me and Nolt are gonna have ourself a good old-fashioned LAN party, playing Gw2!
We will be streaming with a webcam for the first time! (No, Tsuk). And I invite everyone to watch \ tweet it (I will personally tweet it later) , or join us in a skype chat 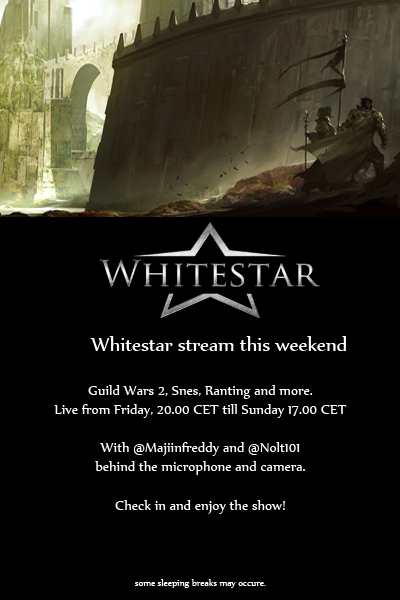 Hmm.. I think that was it for now! Also Paul is yelling out about some dungeon run! GOTTA GO!

man, havent been in any form of lan for years!
Also if people are wondering who Kodrahs is, hes a close friend of mine & freddy.
Really chill guy that likes doing dungeons so dont be shy to invite him.

Yes wanna meet up with some Guildies. 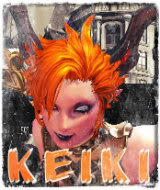 Was hoping to get the game for this weekend. But there is no way I can get it. :/ Even when I try very hard.

aw damn that sucks.
Hope you find a copy soon!

Maybe any of these will be helpfull for you.

List of other sites (yes the $35.99 one is sold out) http://cdkeyprices.com/product/Guild-Wars-2-CD-Key.html/