I will probably give GW2 a try, because it looks awesome and has no monthly fee! Yay ^_^

On a more serious note (I'm not going to play Guild Wars 2 ONLY for the outfits, even though I'll probably spend most of my time farming them

), the art team of Guild Wars 2 is really incredibly talented. The concept art are all gorgeous : And the game itself - the professions, fighting system and stuff - should be awesome. 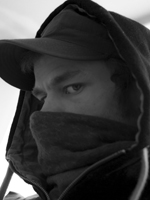 Even if I'm a bit less enthousiast for GW2 than I'm for Tera, I'm also very impatient to try out this game. I've the feeling that it will be a bit like playing Dragon Age, but in better as it's a MMO.
While I really loved the story of Dragon Age, I never managed to get very far, cause I don't enjoy so much a solo game. I feel like I'm wasting my time (yeah stupid feeling I know). So GW2 will be perfect for that. You can build the personality of your character, build him/her a background that will change your whole experience of the game. You have a personal story with a diary, but you can invite friends in your story. That will just be awesome.

I think I'll play both Tera and GW2. I see more Tera replacing WoW and GW2 taking the place of the RP game that I never play cause they are solo. In uch a game I think "end game" will not matter. While for Tera, end game has better to be good.

It talks the talk (dynamic scaling!), but can it walk the walk?

I am most iffy about:
- No monthly fees. What will stop it from turning into Farmville, so only people with more money than sense advance at an enjoyable rate? I like paying a set amount a month and knowing I have access to all I need.

- Ranked realms. I worry noob players will be harrassed off an elite server.

- Dynamic combat. I am not a keyboard turner, but sometimes I just want to play the game, not be awesome at moving/stabbing/leaping backwards and standing on one leg while balancing two whatevers. What's wrong with autoattack?

-The fact that it has no monthly fees doesn't turn him into a F2P, because you pay the game at first. It worked fine with the first game. They get enough money to keep the game updated with expansion pack released more often than WoW, and with a store with cosmetic bonus, similar to Blizzard (useless stuff, costumes, things that do NOT affect the gameplay). You'll have access to all you need without having to buy everything in the store, don't worry ^^

About the ranked realms, they are doing so to encourage team play, teamwork between realms, I don't know if it will work, depends on how they do it. You'll be able to change realms "easily" (without paying, but not all the time), and I don't think they'll be an "elite server". That's what they're trying to avoid. I don't know if they will succeed, we'll see

they haven't talked a lot about pvp yet.

- There's no auto attacks, but you'll always have a basic attack which could be considered as your auto attack. They are trying to avoid the usual fighting scheme, making the game much more fun to play. Boring fights aren't cool! Then, again, I might me wrong and saying shit, because I haven't read a lot about melee classes. But I should be right, I'll try to read more about it

And, again : the no-monthly fee thing will not ruin the quality of the game. It worked perfectly fine with the first game, and it's actually still working. No need to be worried about that, they have enough money to create a good game, it's not Farmville :p

The five races of Tyria:


Character creation, human tutorial (you can skip the blablah at the beginning of the first video and jump at 5:10 if you only want to see the creation)

I love the way this forum is evolving !! :3
Thanks for all links Julien. Good to have a GW2 specialist to keep us updated as I can hardly focus on all games in the same times.

I've not completly understood how the class are working with the weapon change. But i guess this is something you learn easily once in game.

I'll certainly create a GW2 Whitestar guild for everyone who want to try out this game. Together it will be a lot more fun!! (and If Julien is hardcore gaming one character, he will atleast get an alt in Whitestar *nod*)
_________________

No worries, I don't plan on leaving you :p I won't be an hardcore gamer anymore, so I'll probably join the Whitestar guild on GW2 ^^

About the weapon system, it's quite simple : you have 10 skills : the first five are determined by the weapon you're using, and the last five can be chosen by you. You can't change your five first skills, unless you change your weapon. But they are different if you wear a dagger, a staff, a sword, or anything else. Of course, depending on what is your class, you can't use all weapons, but for instance if you're an elementalist, you can use staves, scepters, focus, daggers, and you can combine some of those because they can be dual wielded. I hope I'm making sense

If you have any question about the game, ask

I'll do my best to answer.

Beta will be in 2011. End of the year, maybe earlier, they don't want to rush the release and are waiting for their game to be perfect before releasing it ^^

Apparently the game will be released in 2012 as the beta will start in the second half of 2011. Source: massively

It's still not official, maybe the game will be released in 2011. But it's unlikely

At least we'll have the beta this year <3 and probably a profession reveal tomorrow.

With Tera, i'm not taking so much the time to read about Guild War2, but it still look very promising and I still will want to have a try.

Well one of the reasons to play GW2 is certainly teh Silvari race, wich is the first plant race playable in the history of MMO.
They are cool, different, beautiful, exotic and they have a amazing lore. read this article concerning their background There is a short video on the GW2 official website about the Sylvari and their homeland : http://www.guildwars2.com/en/the-game/races/sylvari/

I did enjoy GW though it was abit linear :/

As its a one-off payment I might look into it when I have played through the load of PS3 games coming out Nov/Dec.

Kierrann wrote:There is a short video on the GW2 official website about the Sylvari and their homeland : http://www.guildwars2.com/en/the-game/races/sylvari/

One of the precious jewels of GW2 is the music score by Jeremy Soule, who also wrote the music for 2 of my other favourite games, Morrowind and Oblivion. I just loved the music on the Sylvari video.

But also GW2 will be a long wait

Hmmm there should be a law against cruelty against gamers

There were tree people in Dark age of camelot expansion Shrouded Isles released in 2002..

Athimahri wrote:Ah the sylvari are not the first plant race I am afraid ^^

You have a point there, they even have the same sort of name ("Forest Thingies")
But you have to admit, the Sylvari look way cuter

They remind me a bit of the Na'vi with their Hometree in the movie Avatar, the video oozes the same kind of magical nature feeling

Well I know what I'm gonna play in GW2

(if it ever gets out)