The classes of Tera

The classes of Tera

All classes trailer (same than in "I want to play Tera") 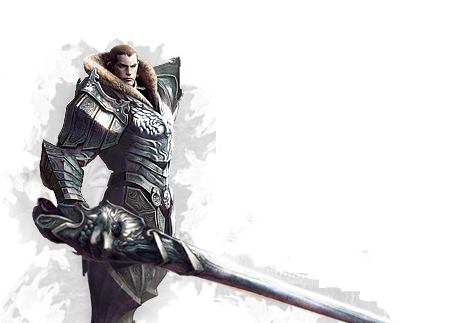 
If your style is roaring defiance at your foes, then standing fast and dispensing damage while shielding nearby party members from harm, you may just be a lancer at heart.
As powerful in defense as in attack, the lancer’s role in a fight is at the head of the formation. His heavy shield absorbs damage, while his lance provides striking power that’s targeted yet effective against multiple foes. Numerous skills for drawing aggro means the lancer takes more heat, and other party members get more opportunities. A lancer in the party affords other comrades the chance to strike while taking minimal damage.


Arms and Armor
The lancer's formidable weapon set includes a powerful lance and a shield that doubles as a weapon. This combination makes lancers a two-handed attack force to be reckoned with on the battlefield.
Lancers fight in heavy armor, and with the addition of their outstanding shield defense, take less damage in a fight than either warriors or slayers.
There is no particular finesse to the lancer's assault, but there is muscle enough to batter foes to the ground and might enough to create a defense zone for comrades in battle. Shield blocks reduce damage for the lancer and nearby comrades, creating a savings in support resources like healing.
The addition of a lancer to any party means sheer battering power and enhanced defense, as well as a fighter who can dish out damage and take it, too. 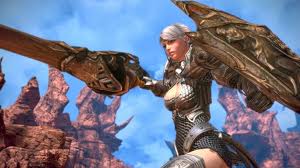 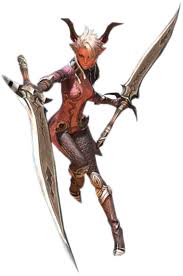 If you like the pride that comes from dealing damage with impressive, deadly feats of swordplay while weaving in and out of your enemies' attacks, then the warrior may be right for you.
It's the warrior's way to dive into the middle of the fray and mow down the opposition. Invulnerability while using the Evasive Roll skill means the warrior can do enough damage to hold aggro, and still dodge and roll out of harm's way. Coming up from behind an opponent after a roll enables the warrior to strike from behind, before his opponent can turn and counterattack.
The warrior's deft moves and quick dodges make it easy to hold aggro while avoiding damage. Quick to make decisions and quicker to draw swords, the warrior will not fall back on the battlefield. If you've misplaced your warrior, always look ahead—never behind.

Arms and Armor
A warrior's twin swords deal death with both hands. A perfect combination with the trademark warrior speed and grace, they slice, stab, and stun enemies into submission from all sides.
Warriors fight in light armor, which makes a good combination with their lightning-fast weapons. Light armor enables them to move quickly in and out of view of their enemies while unleashing a wealth of damage in a short time. 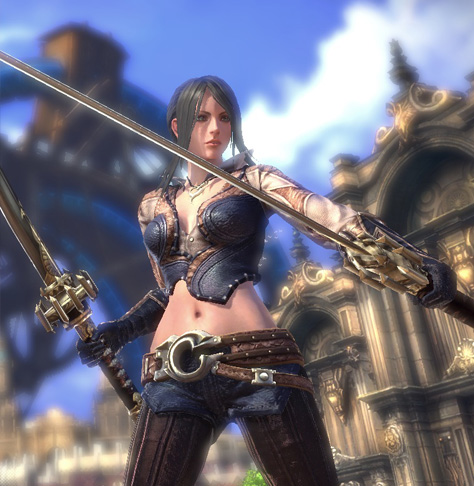 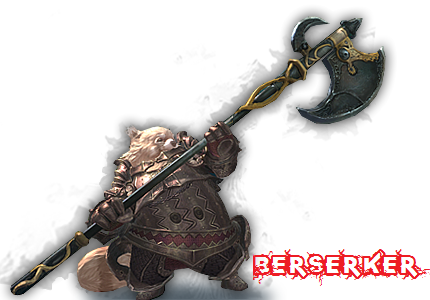 If you love shaking the ground with your blows, standing fast against charging enemies, and seeing your opponents flying away from the force of your strikes, the berserker is definitely the class for you.
The berserker is a combat juggernaut who wields the most powerful weapon in the game. The sight of these heavily armored fighters swinging their axes with seeming abandon can instill considerable respect in their enemies.

Arms and Armor
Berserkers fight with a two-handed axe. Like lancers, they use the heaviest armor possible to absorb blows and keep the attention of enemies. But the berserker differs from the lancer in one important respect: berserkers also learn similar support skills to the lighter armed and more mobile warriors. 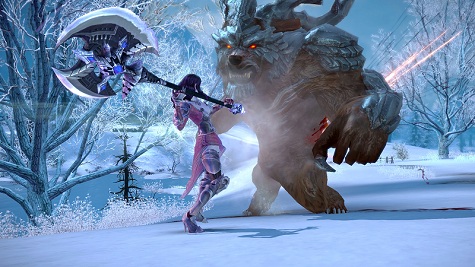 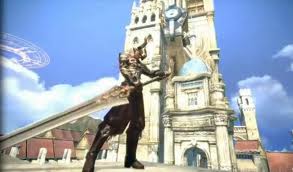 Slayer
"Death on a sword's edge."

Do you dream of wading into the fight like a two-edged whirlwind, swinging a powerful sword in deadly arcs, and evading your foes as skillfully as you fight them? If so, you may be a slayer at heart.
The slayer does the job with aggressive swordplay, graceful evasive moves, and overwhelming force. Wide-sweeping circular attacks that mow down enemies on all sides, an agile dodge that puts the slayer behind the foe, and a leaping backflip kick are only a few signature moves that define this fast-moving, damage-dealing class.
High mobility combined with high damage capabilities make the slayer a versatile and valuable party member, and a gifted solo act, too. A wide range of skill options and a certain flair with a massive weapon create possibilities for exciting and creative gameplay.

Arms and Armor
The slayer's best friend is a two-handed greatsword loaded with damage-dealing power. Once unleashed in a roundhouse attack, it continues felling foes on all sides, and even those sneaking up from behind.
Because slayers wear light armor, they're quick on their feet, and are often able to avoid damage that would fell another player. 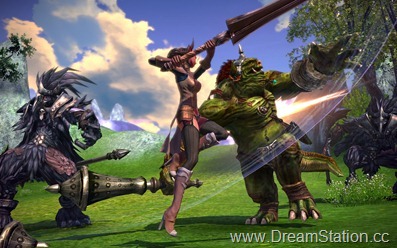 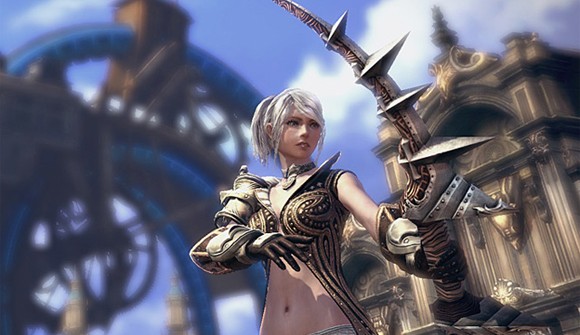 If you like having a tool for every job, the archer is the class for you...especially if you like tools that explode, penetrate armor, trap enemies in magical spider webs, or transform into radiant energy. The archer rewards the use of clever tactics and thinking two steps ahead of your enemy.
Archers leave behind a trail of victims that look like pincushions—many dead before they knew what hit them. An archer's arrows effortlessly punch through enemy armor, consume foes in fiery energy, and trap them so they can't even flee!

Arms and Armor
Archers wear light armor so they can take advantage of their speed and mobility. Their weapon is a bow, of course, but it's the broad range of arcane arrows that make the class: piercing arrows, exploding arrows, rapid-fire arrows, poison arrows, arrows that hit multiple enemies in one shot, and more. 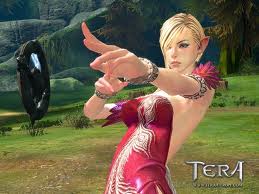 Do you like the idea of fighting from range, shaping magic through an arcane disc, channeling the force of will into sheets of flame, icy blades, and cannonballs of pure energy? Maybe you should be a sorcerer.
The sorcerer strikes and evades and strikes again, flanking the foe, leaping out of danger, playing a game of position. With only sorcerous robes for protection, staying out of the way of attacks is of paramount importance, and dealing massive amounts of damage in a spectacular fashion is all in a day's work for this explosive player class.
Warriors of the intellect, sorcerers are at their best when they stand apart, watch for vulnerability, then make their foes pay dearly for it.

Arms and Armor
The sorcerer smites foes with magic focused through an arcane disk that leaps and whirls as it shapes and augments the sorcerer's innate power to destroy foes. Whether fire, ice, traps or curses, the disk channels raw magical power from the sorcerer into targeted attacks and spectacular area of effect skills.
The sorcerer's only armor is the robes, gloves, and shoes of an arcanist. They do not provide a great deal of protection against attacks, so the ability to flank and dodge during combat can make the difference between a live sorcerer and a dead one, particularly while soloing. 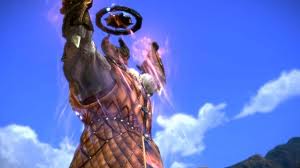 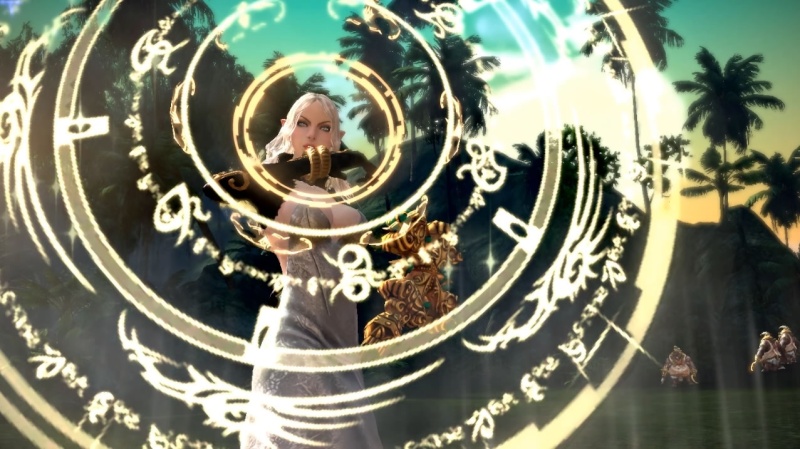 Priest
"Uniting the strength of gods and mortals."

If you want to support a party of players and mow down your foes with equal skill—bringing allies back from the brink of death and beyond while burning and blasting your way through a phalanx of enemies, then the priest might be the class for you.
Priests derive power from their devotion to the gods, but it’s their devotion to others that earns them fame and friends on the battlefield. A priest has killing skills enough to solo through the toughest situation, and enough support skills to buff, cleanse, and resurrect party members in need. In fact, priests have more skills available than any other player class. In TERA, playing a priest means you get to show off the widest spectrum of talents available.


Arms and Armor
Cloth armor keeps priests nimble on the battlefield, ensuring they are always able to reach their allies with a healing hand, or their enemies with divine wrath. While not as tough or effective against damage as heavier armor, the priest’s ability to self-heal makes up for any shortcomings of priestly robes.
Whether using power to harm or to heal, priests channel the power of the gods through their staves. The long staff signifies the connection between those who walk the world and those who reside in the heavens, and uses this connection to focus the priest’s devotional energies into spectacular targeted and area-affecting abilities. 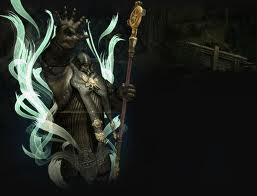 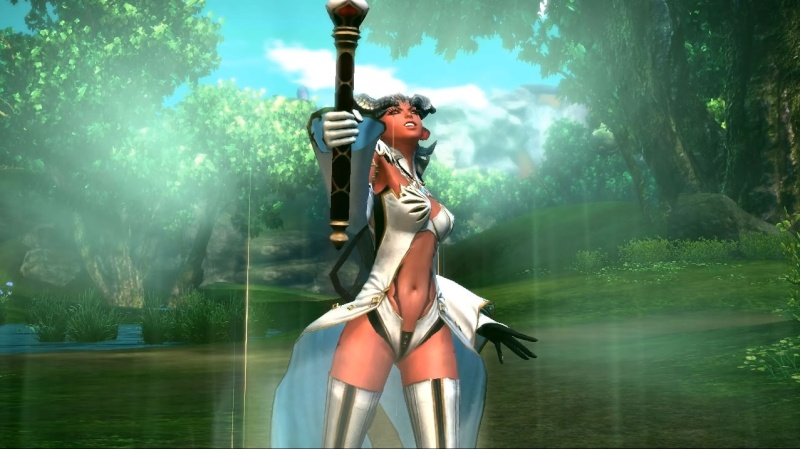 If your idea of fun is to head into battle with a combat pet at your side, wielding primal powers to harm and heal, empowering your allies while cursing your enemies, you may want to walk the mystic's path.
Mystics operate in many different niches. They fight at close quarters, healing and boosting their allies, draining and destroying their enemies. They channel powerful auras to enhance whole groups. They summon allies to draw aggro, to fight, or to heal, or summon entire parties from one location to another. Add extensive crowd control and the capability to resurrect fallen allies, and you can see why the mystic is a critical factor in any successful party

Arms and Armor
The scepter is the focus of a mystic's magic, which emanates from the world around him. With this instrument of power, mystics perform a wide array of skills for healing and harm. Their armor, like that of all arcanists, is robes of cloth, but their skills—and their magical pets—ensure their survival on the battlefield.
Using the power of their scepters, mystics drop healing orbs, apply short-term boosts to attack power and speed, drain hit points, and restore mana points, all while doing respectable amounts of damage using their terrific area-of-effect attacks. They stun, curse, sear, smite, and otherwise deal death to their foes. They convert the life force of their enemies into mana for their party, and summon creatures of the world to aid them in battle. Small wonder they earn the respect of other classes for their power and versatility. 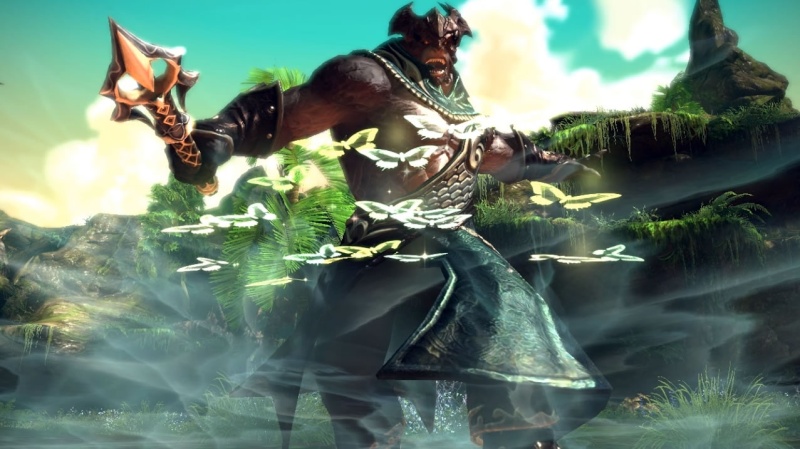 The armour the Mystic is wearing in that screenshot looks uncomfortable, you can also see the pain in her face.. >.>

Here you have all abilities for every class. You can see what glyphs you can put also ^^

Haha, Np. Some of those are outdated glyph wise, but most of it is correct