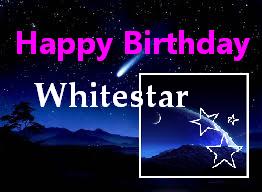 Two years already that this forum had been created, gathering step by step the community that we are today. A strong community that shares a wonderful intrawebz friendship.
To celebrate

birthday, I wanted to summarize what we had been through during those two years.

Winter 2009-2010 The beggining of Whitestar : initiation to roleplay 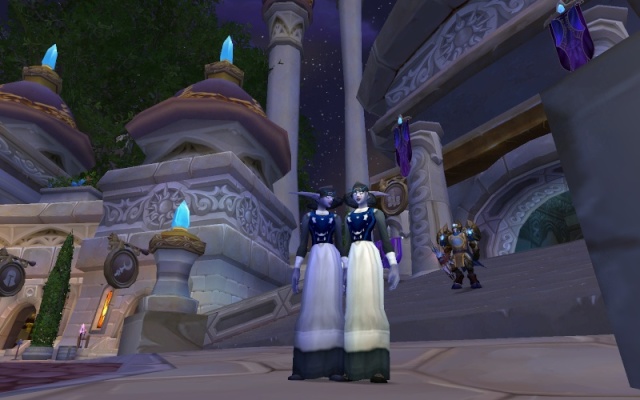 Whitestar had been created in game for the first time in World of Warcraft. When our old guild Wardens had been disolved, Geir, Fredrik and I immigrated on DefiasBrotherhood, where we created a small guild for our own use.
Geir and I were old roleplayers, but Fredrik not. Our priestess had the same look (and this was really a pure conincidence) we decided to make them twin, and we imagined together a story.
The forum was used to gather our friends that were left on our old server.

Later, Aliny and Naiaria joined us aswell with their character Murhamies and Tsigone. Whitestar started to become a more serious project. Our first idea was to mix casual raiding and roleplay.
You can read the background of Whitestar here 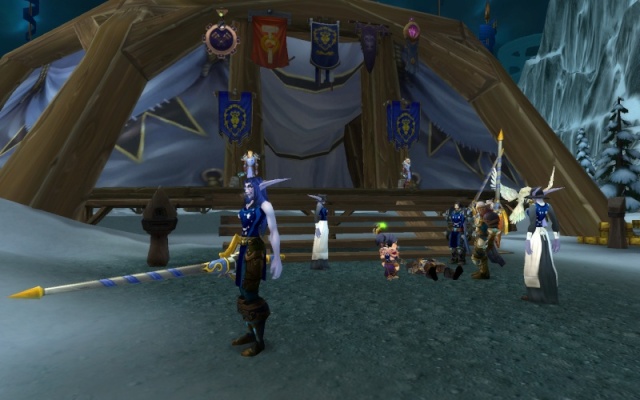 We recruited several new members to complete our team. We befriended in particuliar Ryasha and Viljius. Alakina finaly left The Maelstrom aswell, and roleplayed her shadow priest as a Journalist.

In early Spring 2010, Whitestar went asleep for several months. During that time, Fredrik, me and Alakina went in the Horde guild Luminous Path where we met Savian.

During the summer, Alakina and I were almost the exclusive active players of Whitestar. We had great fun together roleplaying a new duo of reporters : Elloa and Alakina, working for Whitestar Magazine. 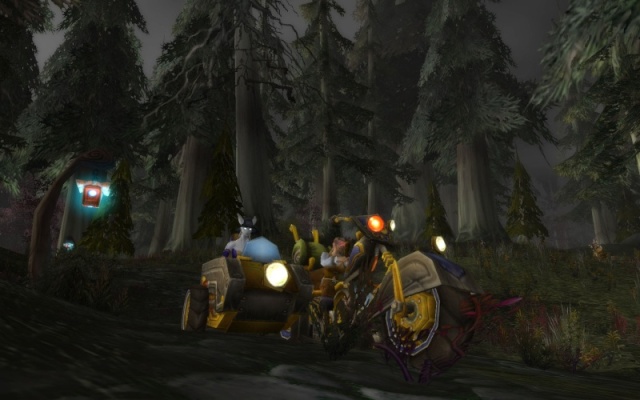 We gathered a larger team of reporters, that finaly never wrote so much. But we had awesome meetings in the Whitestar office in Stormwind. It's then we met Arulan, Humilitas and Indutria, and Julien. 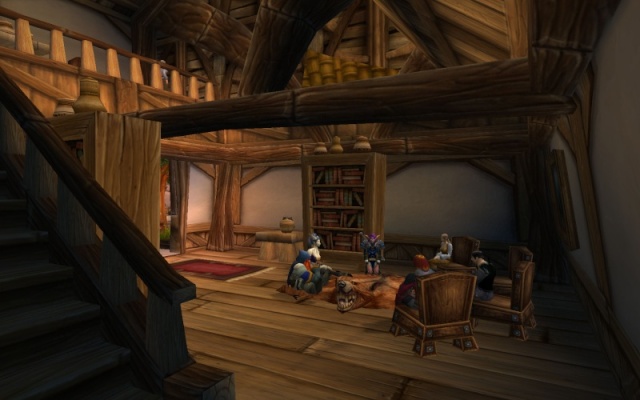 Once Cataclysme was released, we focused aswell on raiding. We decided to have a 10 man team, and we had a steady progression, till to much technical or real life problem forsaken our raiding team. We stopped to raid after have kill all bosses but the last one of each raid instances. 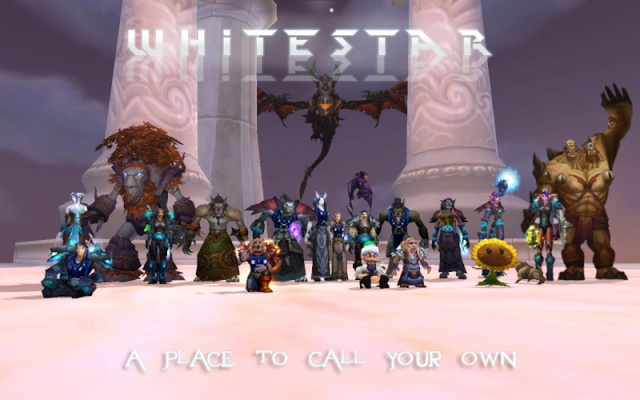 Another thing to note is Alakina and Savian (from Luminous Path) falling in love with each other. This have only happened because of Whitestar.*nod* May the white star bless you, always!!


Whitestar became a community on the web

As more and more friends stopped to play World of Warcraft, and as everyone started to fade away, Whitestar became a community instead of a WOW guild. In that way, everyone were encouraged to continue to visit the forum, even after have left the game. A new skin, and a new structure were created to give more space to chat rooms and other games.

Tired of World of Warcraft, and looking for a new MMO that could replace it, and gather Fredrik and I once more in a same project, I discovered Tera. Sometimes after have lured the Tera forums, I created a guild project announcement. And that's how Amuatama, Acharial and Yima, Sussie and later Athimari, AOD and Gemma became Whitestar members.

At that point, Whitestar was not playing anything together. We were just chatting on skype, and sharing informations on the forums.
Till we decided to play K-Tera. We didn't played long, but those month of moments shared together created bonds between us. We had great fun together!
More joined us there... 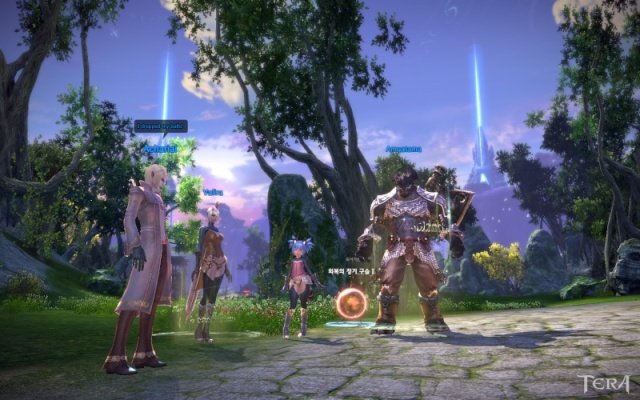 In the summer we knew a great deception : no Tera would not be released in september as expected, even not in the winter. We would have to wait till spring 2012 to play the Korean action based MMO. Then, we could not ignore anymore THE big MMO comming at the end of the year, that several Whitestar were already considering to try : SWTOR. Here our very first discussion . It's fun to see how the enthousiasm has progressed since then.

It's then that Majiin joined Whitestar. Old real life friend of Fredrik (and the missings Allan and Bjornar), writer for

, he was also very interested by StarWars and had no community to share it with.
Several friends of Acharial: Hultay, Sirowe, Loden, Thremero... and Cha'Kra (WOW-DefiasBrotherhood) and Barakha (very old WOW friend from french server) joined the project aswell.
Day after day, our motivation and impatience strenghtened. And day after day, our enthousiasm contamined other members.

I was playing Minecraft alone, on a domestic server with the secret hope that Fredrik would play with me. And as I was sharing this, Amuatama, also fan of Minecraft joined the server. The server knew a technical issue, and we decided to recreate a new server. This time Geir, Keffie and Yima joined us aswell. And we started to build huge constructions till the server get corrupted. One more map lost.

This didn't discouraged us. A new world had been created and since then, the server is more or less stable. Many more Whitestar joined our server and started to be initiated with the King of Sandbox Indie game : Acharial, Thremero, Hultay. Our village is progressing slowly, but surely, and it's not the snow, or the creepers that will stop us. Maybe SWTOR...but that's another story.

The 11 november almost all Whitestar started to play Skyrim , We were not playing together obviously, but we were playing in the same time, and this gave us a feeling of proximity.

End of november, most of us had been lucky enough to play SWTOR stress beta. A good way to test our future game, and figure out which class and wich race our future main character would be. 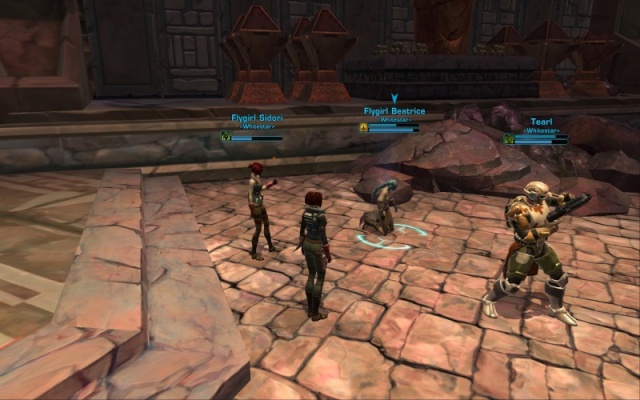 This is two years in Whitestar! We have gone through many things, and this is only a beggining!
May Whitestar stay our home for many many more years to come!


We have not forgotten you, old Whitestar : Allan, Bjørnar, Stein, Industria&Humilitas, Julien, Cassien, Lanoss... May you come back some day!

Excellent read Wendy, and yeah ofc its because of Whitestar that i found my true love Robin/Savian

I love you all!

Have tons of wonderful memories and pictures in my head from Whitestar. Now lets make tons more

Happy Birthday!! ^_^ Really happy to be a part of Whitestar!

And it's so true, with you all I wouldn't have met the most amazing person in my life today! <3

Happy birthday! \o/ Got some nice memories here, and I'm sure (cliché alert) many more will come.

Happy B.day Whitestar and awesome work on the summary Elloa!! 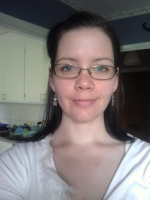 Yay happy birthday Whitestar! I'm glad to be a part of the community

Tried to jump back in time to congratulate you on your birth, but alas my experiment failed