On the Tera forum, there was a game : Secret Santa. I was designed Deioth and I wrote a small text as present. I wanted to share it with you, cause I had fun to write my first story happening in the Tera universe.

It was a clear and warm morning of spring. Vellika's streets were bathed in a the golden light of the happy day, and far above the heads birds flow in the blue sky. It was so early, however activity were heard in all part of the city, a joyfull rumour growing like the tide.

- "Wake up! Wake up!" yelled Malika, a young and adorable little girl, pulling her older brother out of the bed.

- "Is it the morning already?" answered him without hurting his sister as a pay back for the brutal waking, as he would have done any other day of the year.

The little girl was dressed already with her most beautiful dress, and had clumsily tried to comb her hair, in the way woman does sometimes, resulting in a bizar arrangement of locks of hair and ribbons. She couldn't stay still in place and were jumping from one feet to the other.

-" Hurry up!" was her only answer, as she trow on the bed the shirt and the pant of the boy and desepeared out of the small bedroom, yelling at her mother that she would not have a breakfast today.

Two houses further, a young maiden were sitting in front of her mirror lost in the ocean of gowns and clothes lying on the ground. She tried one dress, then another, but always addressed to her reflect a pout of disatisfaction. She was a wonderful creature, with features so refined, that it was difficult to say if she didn't had high elf blood in her veins. Golden curls showered her white shoulders, while her lips, red as cherry, would have tempted any man in the city. She finaly made her choice, and toke a quarter of hour more to arrange herself. The dress enhanced the natural generous curves of her body, while keeping still the modesty proper for a girl of her age.
Once done, she ran to the window open, and had a look on the streets. People were gathering already. A crowd of folk was walking down the streets, noisily and happily. She closed the window and ran out the house to join them.

Among the people moving to the city Plazza, a large Aman was walking with a Castanic. They both carried proudly swords in their back. The Aman, darker than night, had a two hander sword whose handler was carved with elegance, while his white haired friend had two large cimetars hanging at his large belt. A hint of pride could be read on their faces. Resolution and determination aswell. They had this martial walk, too overdone for real soldiers, and anyone with a hint of wisdom would have understood them as young males parading with the hope of beeing recruited.
They stopped on the plaza, looking for a place in the first rank. A large crowd was already present, forming in the streets honor lines on both side. The castanic noticed the young maiden. She was really looking like an angel with her blond hair and her blue dress. He gave a small elbow kick to his friend, with an understood smile. They both grinned.

- "It's starting, it's starting!" Yelled a small girl by them, so impatient that she pushed them on the way. "I can't see anything. Everyone is too tall"

She was about to cry, doing her best to make her way in the crowd now compact. The Amani toke her and put her on his shoulders without a word. She claped in her hands with joy.

Indeed, the one causing this gathering was arriving on his horse by an adjacent street. Proudly, slowly, with magesty. He was wearing a dark purple robe elegant but yet simple. His brown hair were waving with the wind. His face showed determined traits, firm, calm, and gentle. And as he passed by, the crowd were acclaming him, yelling his name, yelling whishes of long life. Behind him, were riding two by two his most devoted soldiers. When he finaly arrived on the plazza, the crowd was so enthousiast and praising him with so much sincerity, that he had visible difficulties to contain his emotion. His friends however, allowed themselves to show their joy, and they rised victory fists, rising more acclamations.
At this moment, a small Elin with blue hair appeared in the center, followed by a clumbsy popori carrying a bouquet of white flowers. She bowed with grace in front of the newly elected Exarch, poked the popori with a irrited glance, and grasped the bouquet.

- "May you have a long life, and a long reign." said she to Deioth with her cristalline voice. "Those flowers are growing during the winter, despite the cold. Alike you, their tenacity and vigor allow them to pierce the snow, and to flourish with grace in the hardest conditions. Accept this as a rememberance for the hard times to come."

She bowed again and offered her flowers. The crowd's acclamations were astonishing. Everyone had placed their trust in this man. He was their best hope.

Wow Elloa. I am truly impressed by this piece you wrote(did not know that you are this good ^^). Apart from a few typos this is by far the best piece i have read in a long time.

Didn't bother reading it before, but now I wish I did earlier. ; P
I enjoyed every single word. Really good work.

I have to agree, this was a very nice and enojyable read

Like the way you write and tell a story - so yeah! keep it up! cause you're good 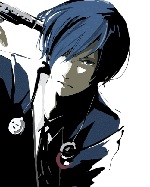