The other day I've seen this. And it ravived once more my desire of playing Minecraft in a Creative server.
I had been playing for a while on the server The Voxelbox, which is a amazing server with a great organisation and great builders (the ones from the video come from the VoxelBox).

I'd like to have a project for a creative server. A project that we would achieve together. Something beautiful, colorful, amazing, fancy. I'd organise time to time events to gather everyone the same day, so we can actualy work together and see our project advance, and improve.

Is there anyone that would be interested by such a project? It would not interfer with our MC survival server.
We could dicuss here about what we would like to do. A FairyTale village? A Giant Elvish tree? A steampunk landscape?
_________________

I've never been a fan of Creative mode, mostly cus all I am good at is going after ore :I

Well survival is not my thing at all. I really prefer building stuff in creative mode, stuff you cannot build in survival. So I'm totally up for this! ^_^

Sorry i never had the spark to play creative

Huge floating island with a village

Yeah .. no gathering resorsces to build what u want to make seems boring for me too

1.2 is coming with new features like upside down stairs f.ex. this will make more creations possible

Creative mode and Survival mode are two different games. It's just not the same. I understand that everyone have his favourite one.
I personaly like both, even though I've mostly played on survival.

The creative mode can push you more in term of realisation, cause you do not have to farm your own materials. That make it easier to terraform and build huges structure or develloped machinery, and this without you have to care about your art beeing destroyed by mobs.
However it was only an idea, cause when I saw this video I was like "waaaaaaaaa I want to do something THAT cool", which would be suicide in a survival mode. As I said, I don't want it to be in competition with our Minecraft server.

Concerning the MC server, Geir was wondering if it was still up. Me and I can't connect anymore. You keep it up at all time?


Concerning Malera idea : I like it very much. It could even be several floating island like a land had shaterred leaving a village splitted in several floating island that would be linked together.
The maximum height of construction without a special mods to lower the height of ocean and then win more land height is 65 blocks. It's enough if we do not decide to build a floating castle

I've found a map that would fit the project quite nicely. I however do not dare to start anything as I'm affraid it will get snowy. I'm hoping for an answer in a Minecraft thread. 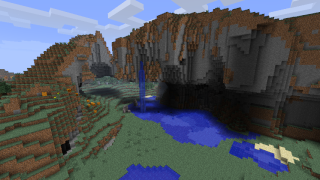 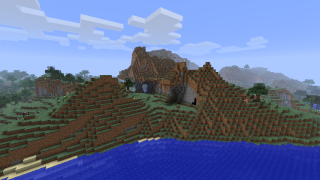 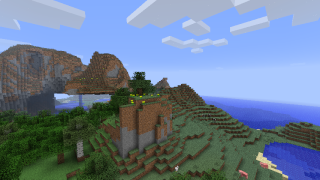 As you can see on this map you have this crazy montain which looks already half floating, and just in front of it you have a large ocean. I imagine that building the floating island above this ocean would be nice, as it would look liek a part of the mountain had been blow away, and is leaving like a balloon.

Yes Wendy that could be really cool.

Take a look at this video it inspired me, ours could go under the same concept but perhaps shattered

It's a very very nice video! It was actualy exactly like that I though it. A bit disturbing (there is even an additional island linked by a bridge)

But now we will need kinda to find another way to do it, so it's not a copy past of the same concept, cause i hate copy others....

We'll figure something awesome out

Skies of arcadia style would be neat
also what do you do with it once you are done in creative mode ?

Seriously Amu, I understand that creative mode is not your cup of tea. But you should visit the server of Voxel Box for example, you would see what's the meaning and purpose of a Creative server. A creative server is just creating a world. It can be awesome, and it can be awesome to just explore what others have created. That's mostly the point. It's like art. It's just to express, have fun and watch. Nothing more than that ^^


For example here it's a city of VoxelBox, there is hundred of other cities on the server. (I've made a house in this city ^^)

The Pirate isle from skies of arcadia ^^
skipped to 1:00

FYI suggested to use a server where we decide what mobs are allowed to spawn a while a go where we can have an "alive" minecraft world without annoying creepers and endermen(that are not allowed to remove blocks) the other mobs are no problem with some light
( natural-monsters=Spider,Zombie,Skeleton,Slime,Enderman,CaveSpider,Silverfish )

in the world(like canary with easy to use customizing option for groups,user,kits,homes and items)

I've started the construction of the islands. I've started with two. A small one and a bigger one that should be the main island. Hope I've made it big enough, I tent to build too small always. I've found a very nice map with shattered montain that possessed already weird floating islands. So it fit well the terrain, and in addition we have ocean below. 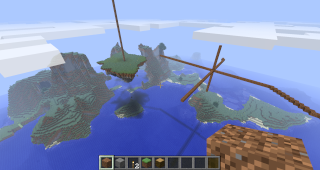 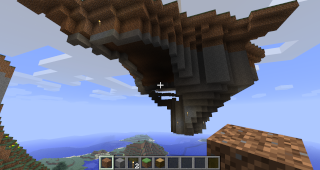 Concerning the buildings of the village itself I was hoping for something a bit weird and colorfull like this : 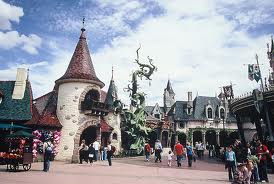 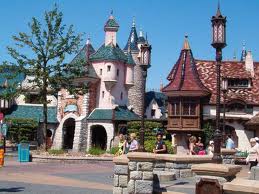 I've just deleted the server by mistake while formating my computer.
I'll re-open a MC creative project once more members are enthousiast about it.
Meanwhile if I want play MC, I'll either play on our survival server or on a solo game (that can be transformed in server if we want anyway)
_________________