PART I : Whitestar, an organisation of heroes

Whitestar is born when Tintam Spindlefirework and Elenoza Whitestar assisted to the fall of Bolvar Fordragon along the Wrathgate battle. Tintam, was admirating her hero with such passion that she could not accept his death. She wanted create a organisation of heroes which would follow the path of Bolvar Fordragon. This purprose fit the aspiration of Elenoza, who came in Northrend with her twin sister Eledeza to help the world of becoming a better place. "A place to call our own..."
Close to be called <Bolvar's fan club>, the organisation had been named Whitestar because of the family tabard tailored by Eledeza. It represent a dark sky sparkled by stars. More there is stars shinning in the sky, more Hope and Joy can make the world brighter. 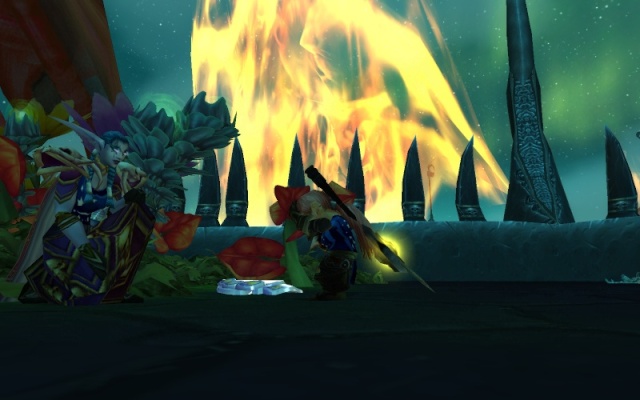 Different persons joined their cause. Among them : Zahrael the paladin, Tzigone a feral druid confused in her forms, Viljius Morte, Dr Finnick the grumpy gnome, Ryasha Morninglight and Alakina Aisling, engaged as journalist.
Alakina Aisling, a young talented reporter, published the first “WhitestarNews” after the big tournament organised by Whitestar, which had scandalised Ironforge due to the orkish participation. Whitestar didn’t wanted to take part in the hostilities between Horde and Alliance. 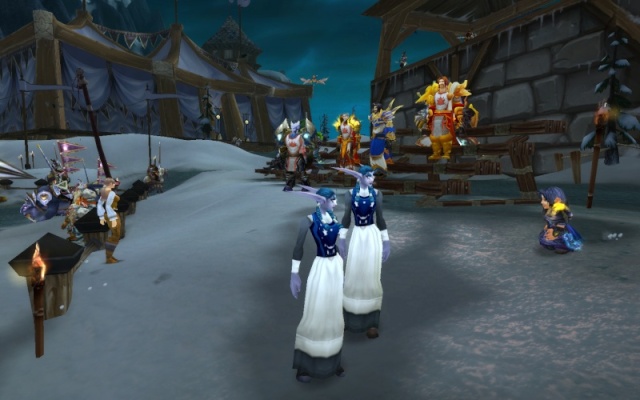 After the desmise of the Lych King make its purpose needless, the organisation was disbanded. When she realised she would never achieve to become like her hero, Tintam Spindlefireworks, stunned and heartbroken, fall in a deep depression. The Twins mysteriously disappeared and Zahrael joined the Sandwirlh Caravan. Alakina Aisling, firstly gave up the publication of the <Whitestar News> after only two journals and during a long time, no one saw the dark blue tabard sparkling of stars.

After have wonder during several month, Alakina Aisling met by chance Tintam. The gnome finaly opened her hearth to the human and shared her worries and disapointements. She wanted to become a hero, to save the world, and she had failed. Defeated and depressed, she gave her the command of the organisation.
Energic and positive, Alakina decided to start a new project from the ashes of Whitestar. It would be an international magazine, sharing informations and adventures from the four corners of Azeroth : Whitestar Magazine. The journalist started to research the disepeared members of the organisation.

It's along those researchs that Miss Aisling met the draenei Elloa.
After several month of traveling through Azeroth, Elloa had recently settled in Stormwind to discover the human nature. The ancient anchoress understand quickly that joining Alakina in her project would help her to understand her new world : Azeroth, and to discover in deepness the different cultures of its inhabitants.
Today, Elloa and Alakina form a duo of reporters, wandering all arround the world in the Writemobile, writing articles and living adventures. 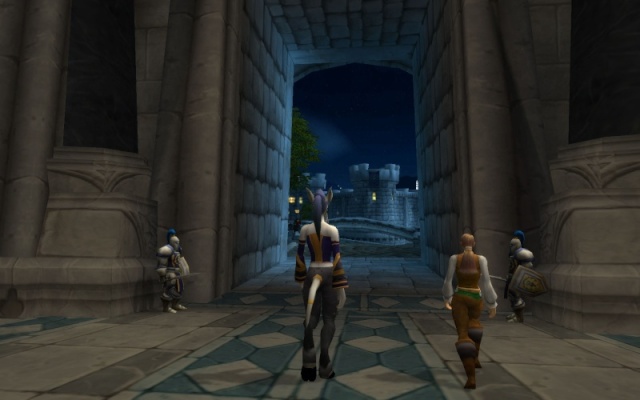 The first Whitestar Magazine had been published the 10th month of the year and beeing inaugurated by a little party in the desert of Tanaris.

Similar topics
» The Carnival of Monkey Island: fanproject needs background artists!
» Closing all Apps and restarting
» My first banner! (do you like it??)
» New Mamegoma Siggy C:
» Another Ribbet ;D