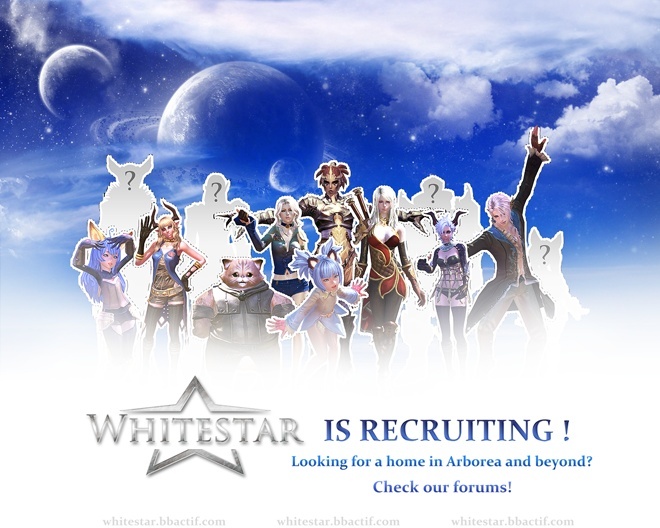 As of now, We are not in a big need of Mystics, Priests and Warriors. However this does not mean that we won't accept those classes.

What we have to offer you

What we want from you

Whitestar doesn't really require any special skill or experience from you.
However we don't accept just anyone into our Community, we wish to meet like-minded people who fits into our home.

Want to be part of our community?


Whitestar is a community active on different media! Follow our adventures :